Enter for your chance to win one $250 Toys"R"Us Gift Card from Children's Education Funds Inc.!

Consider investing in your child’s or grandchild’s post-secondary education. From facilitating a one-time contribution to setting up ongoing contributions, we can help you get started. Government Grants are available to families through RESPs. We are proud to assist you in applying to receive all the Government Grants that your child is eligible to receive when opening an RESP.

Learn More About Our Plans 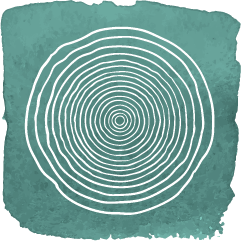 Protection of principal, for disciplined and committed savers.
Learn More 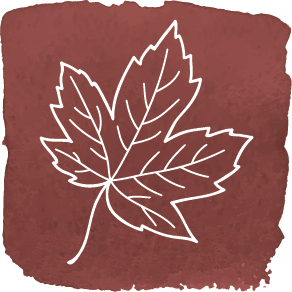 Set your own Plan Contribution Target! Enrol at any age.
Learn More

For those who are seeking a flexible RESP.
Learn More

The Children's Education Trust of Canada (CET) Education Savings Plans are only sold by Prospectus.

CEFI is the exclusive distributor of The CET Education Savings Plans.

Nurture your children's dreams by saving for post-secondary education and investing in their potential!

Contest is void where prohibited by law. The Contest is subject to all applicable federal, provincial, and local laws and regulations.

No purchase necessary. To enter, fully complete the online entry form, which requires you to provide the following: (i) your name, a valid email address, postal code, telephone number, your province and the name and age of the child in respect of whom you would to receive Registered Education Savings Plans information as well as your relationship to that child. You must confirm that you have accepted, read and understand these Official Rules and Regulations (“Rules”) and consent to be contacted by a Dealing Representative from the Sponsor as described below (you can withdraw your consent at any time, as detailed below). Once you have fully completed the Entry form, click the “Enter Now” button to complete your entry (“Entry”). To be eligible, your Entry must be received within the Contest Period. In the event of a dispute regarding who submitted an Entry online, the Entry will be deemed submitted by the authorized account holder of the e-mail address contained in the Entry (proof of identity for the authorized e-mail account holder may be requested).

A random draw will take place on May 1, 2023 at 1:00 p.m. ET as set out above in Burlington, Ontario. One (1) potential winner and three (3) alternate winners will be drawn at random from among all eligible Entries received during the Contest Period.

The potential winner will be required to answer a skill testing, mathematical question prior to being declared the winner.

The odds of winning the Prize depend on the total number of eligible Entries received throughout the Contest Period.

The Prize will be awarded to the winner as described below.

By entering this Contest, be advised that you will be contacted by the Sponsor’s Dealing Representatives about the RESP products it offers via email and/or telephone. You may opt-out from receiving any such emails at any time by instruction to the Sponsor to remove your email address from the email list or by clicking on “unsubscribe” where available. You may opt-out from any future phone contact by asking the representative on the phone to remove your information from the calling list. Clicking “unsubscribe” and/or requesting removal from the offers calling or email list will not affect your eligibility to participate in the Contest.

The following process will be followed for the Contest. Each selected entrant will be notified using the email address provided in their Entry by the independent contest judging organization. In order to win a Prize, the selected entrant must correctly answer, unaided, a time-limited, mathematical, skill-testing question, supply proof of his/her age and residency, by providing a photocopy of one (1) piece of government-issued photo identification from a Canadian or Provincial/Territorial government (including date of birth) in the selected entrant’s name and sign and return the Sponsor’s standard declaration and release form (the “Sponsor Release”) within fourteen (14) days from the time the Prize notification is marked as having been sent. The skill-testing question and the Sponsor Release will be included in the Prize notification package. A non-responding selected entrant will be notified by phone at the telephone number provided in their Entry between the 8th and 12th days following the initial notification. No messages will be left and the Sponsor must speak directly to the selected entrant.

The potential winner will be disqualified and forfeit his/her right to the Prize if: (a) the Prize notification is returned as non-deliverable and telephone contact is not established; (b) if the Sponsor Release, including skill testing question, is not returned within fourteen (14) days from the time the Prize notification package is marked as having been sent by the Sponsor; or (c) if the skill-testing question is incorrectly answered. In the event of such a disqualification, at Sponsor’s sole discretion and time permitting, the Prize may be awarded to an alternate potential winner.

By accepting the Prize, winner agrees to Sponsor's use of his/her name, city/province of residence, picture, biographical information, statements, voice and likeness in any advertising and publicity the Sponsor may conduct relating to the Contest in any media or format, whether now known or hereafter developed, including but not limited to the World Wide Web, at any time or times in perpetuity, without further compensation or notice.

By participating, all entrants agree to: (a) being contacted as described in these official rules; (b) these official rules and the decisions of the independent contest judging organization and the Sponsor that shall be final and binding without right of appeal in all respects; and (c) release, discharge, indemnify and hold harmless the Sponsor and its affiliates, and any of the foregoing entity’s respective officers, directors, affiliates, related entities, partners, principals, representatives, agents, licensees, employees, vendors, successors and assigns (collectively the “Contest Parties”) from any liability, claims, or damages, demands, actions, or causes of action whatsoever which they, their heirs, successors, assigns, executors, or administrators may now or hereafter have directly or indirectly against them or any of them in respect of or relating to the Contest, an entrant’s participation in the Contest, and/or the acceptance or use, misuse, or possession of the Prize. By accepting a Prize, the winner agrees to the Sponsor’s and its designees’ use of his/her name, city, province or territory of residence and/or photograph or other likeness for advertising and publicity purposes in all media without notice or compensation. All national, provincial and local laws and regulations apply.

Any Contest entry mechanism, or any other materials used in this promotion that have been tampered with, altered, reproduced, not legitimately obtained, or which contain or reflect any error will be void. Without limiting the release of liability provisions herein, and for greater certainty, the Contest Parties will not be liable for: a) any incorrect or inaccurate information, whether caused by Website users or by any equipment or programming associated with or utilized in the Contest or by any technical or human error which may occur in the processing of entries in the Contest; b) any error, omission, interruption, deletion, defect or delay in operation of the Website or any transmission in connection with the Contest; c) any communications line failure, theft, destruction or unauthorized access to, or alteration of, entries; d) any problems with, or technical malfunction of, any telephone network or lines, computer on-line systems, servers or providers, computer equipment, software, or failure of e-mail which may occur for any reason whatsoever, including technical problems or traffic congestion on the Internet or at any website or combination thereof; or e) any injury or damage to entrants' or to any other person's computer or mobile device related to or resulting from participating or downloading materials in this Contest. If the Contest is not capable of running as planned for any reason, including infection by computer virus, bugs, tampering, unauthorized intervention, fraud, technical failures, or any other cause of any nature whatsoever, Sponsor reserves the right in their sole discretion to, without advance notice, terminate or suspend the Contest.

The Contest Parties shall not be responsible for print or typographical errors in the offer or administration of the Contest or any other Contest-related materials; for stolen, lost, late, misdirected, damaged, incorrect or incomplete entries; or for entries that are lost due to computer or electronic malfunction.

By entering this Contest, you consent to the Sponsor storing and using the personal information submitted through entry for marketing purposes and for the purpose of administering the Contest in accordance with these official rules and the Sponsor’s privacy policy, which can be found at www.cefi.ca.

All intellectual property used by the Sponsor in connection with the promotion and/or administration of the Contest, including, without limitation, all trade-marks, trade names, logos, designs, promotional materials, web pages, source code, drawings, illustrations, slogans and representations are owned (or licensed, as the case may be) by the Sponsor and/or its affiliates. All rights are reserved. Unauthorized copying or use of any such intellectual property without the express written consent of its owner is strictly prohibited.

Conflicts between the English Rules and Other Materials

In the event of any discrepancy or inconsistency between the terms and conditions of the English version of these official rules and disclosures or other statements contained in any Contest-related materials, including, but not limited to: the Contest entry form, and/or any point of sale, television, print or online advertising; the terms and conditions of this English version of the official rules shall prevail, govern and control.